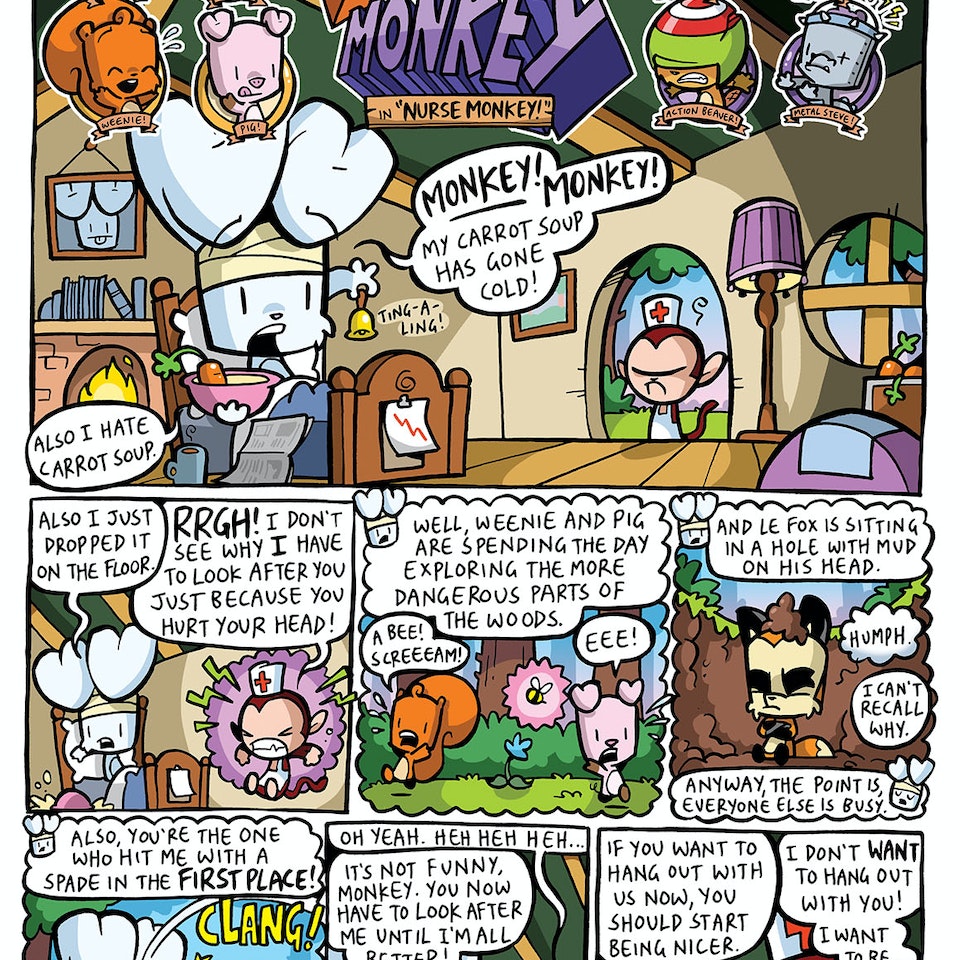 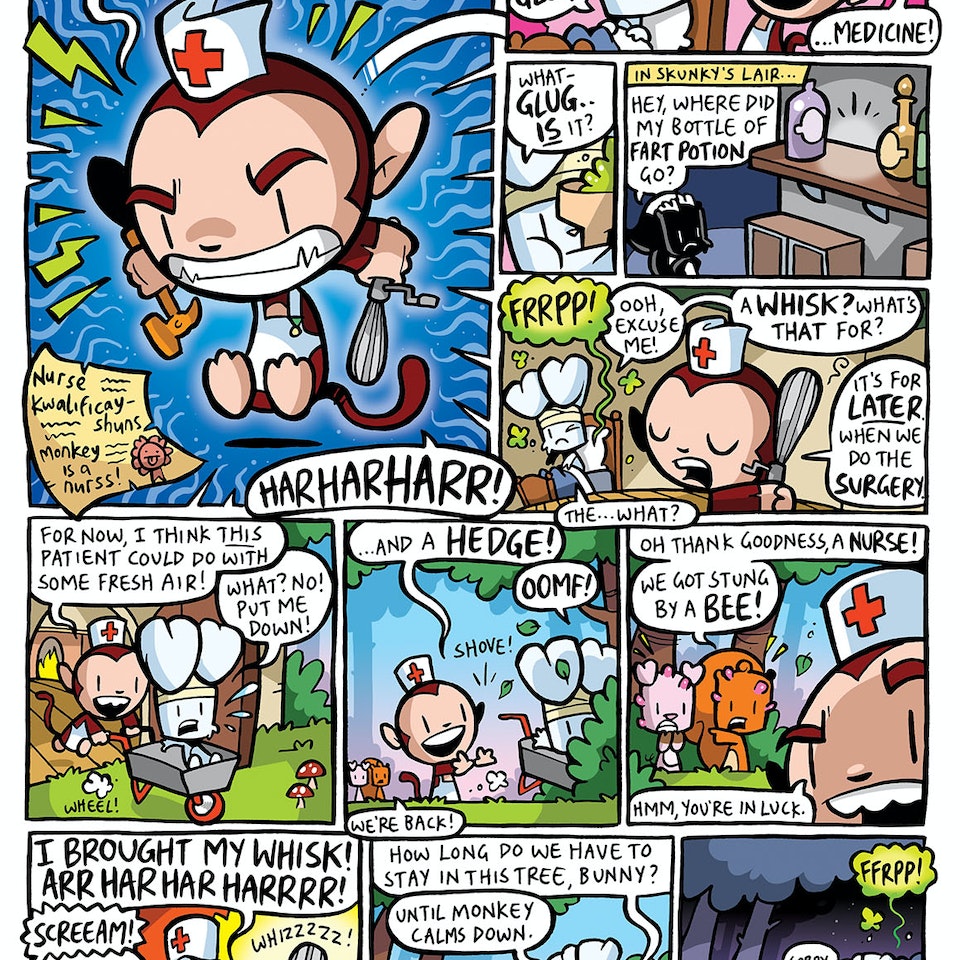 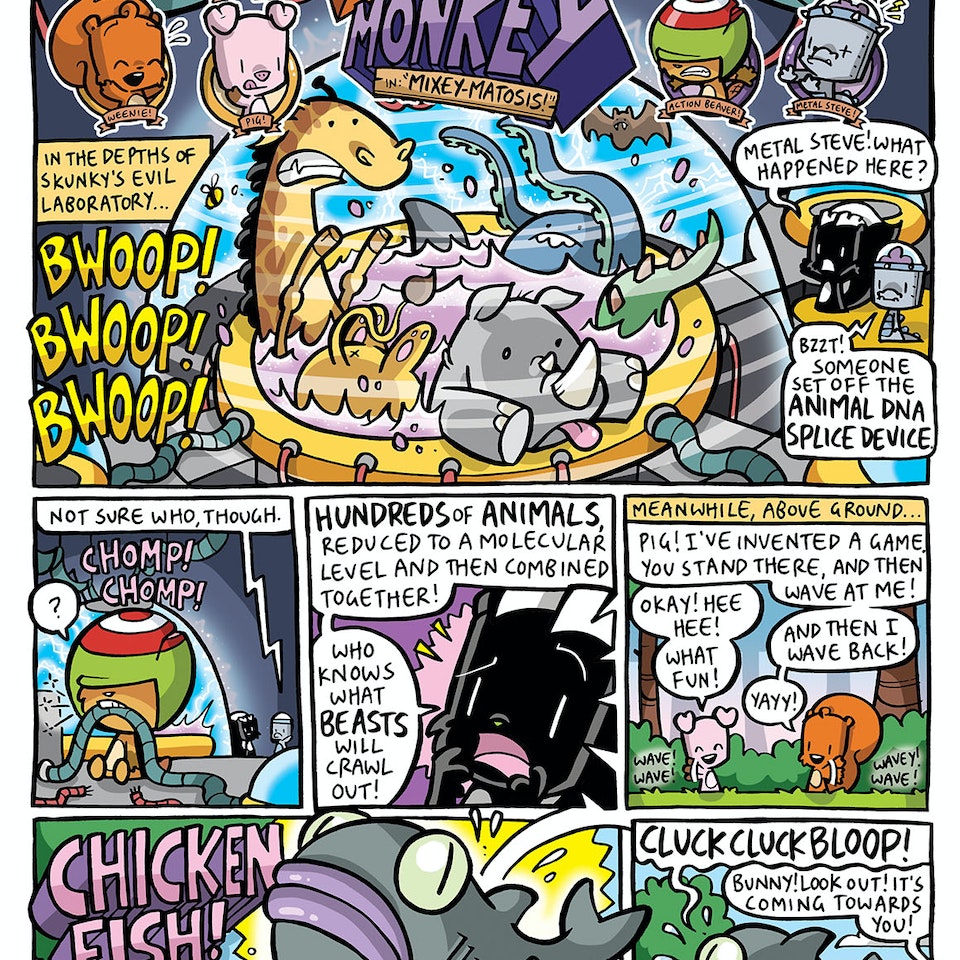 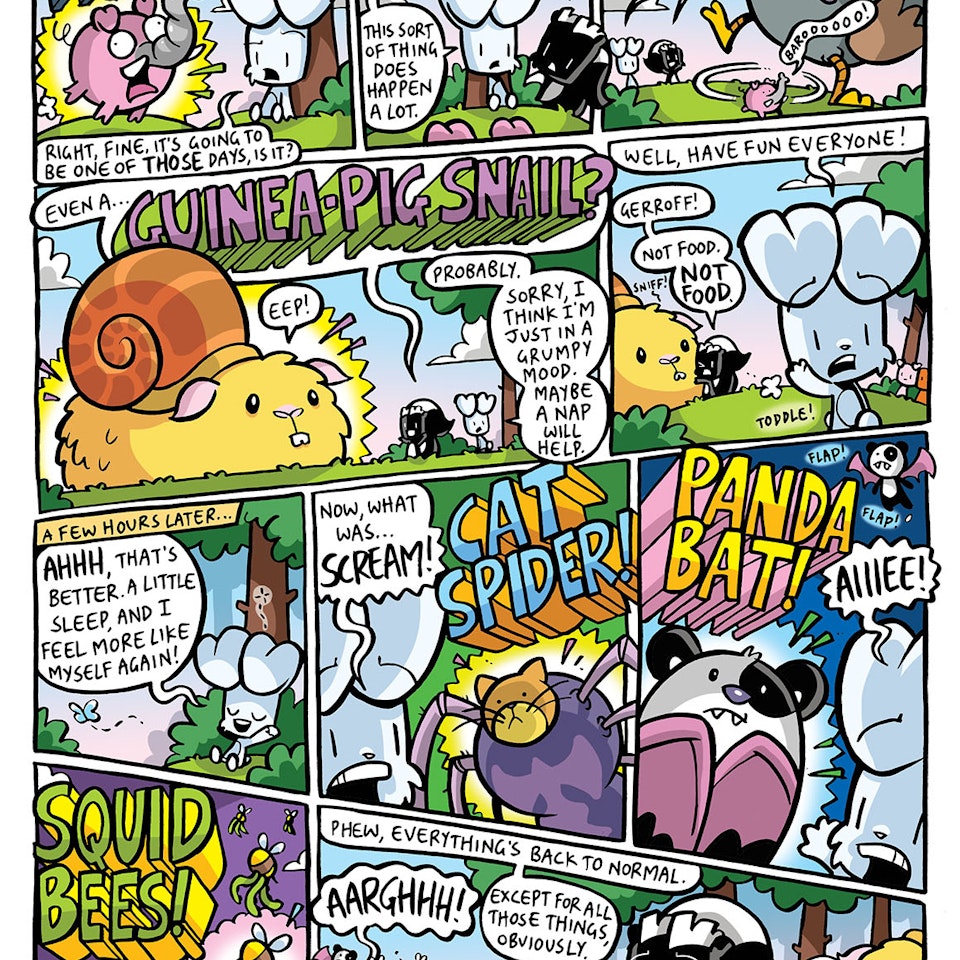 When a Monkey is sent into space but crash lands in the nearby woods, he thinks he has discovered a brave new world. What he has actually discovered is a group of misfit animals, many of whom aren't that keen on Monkey's plans for becoming their new ruler. It's down to Bunny, and his simple and silly friends, to put halt to Monkey's maniacal schemes!

Monkey, however, isn't alone. He teams up with his own friends, including Skunky, an evil genius creating huge, monstrous inventions. As the animals go to war, it's good vs evil, nature vs science, and these quiet woods are about to get considerably noisier.

BUNNY VS MONKEY has run in The Phoenix comic pretty much every week since 2012, building up over 250 strips in that time. The first two BvM books are out now, from all good outlets or direct from the publisher, with the third out this summer!

Bunny Vs Monkey books are published by Scholastic in the US.