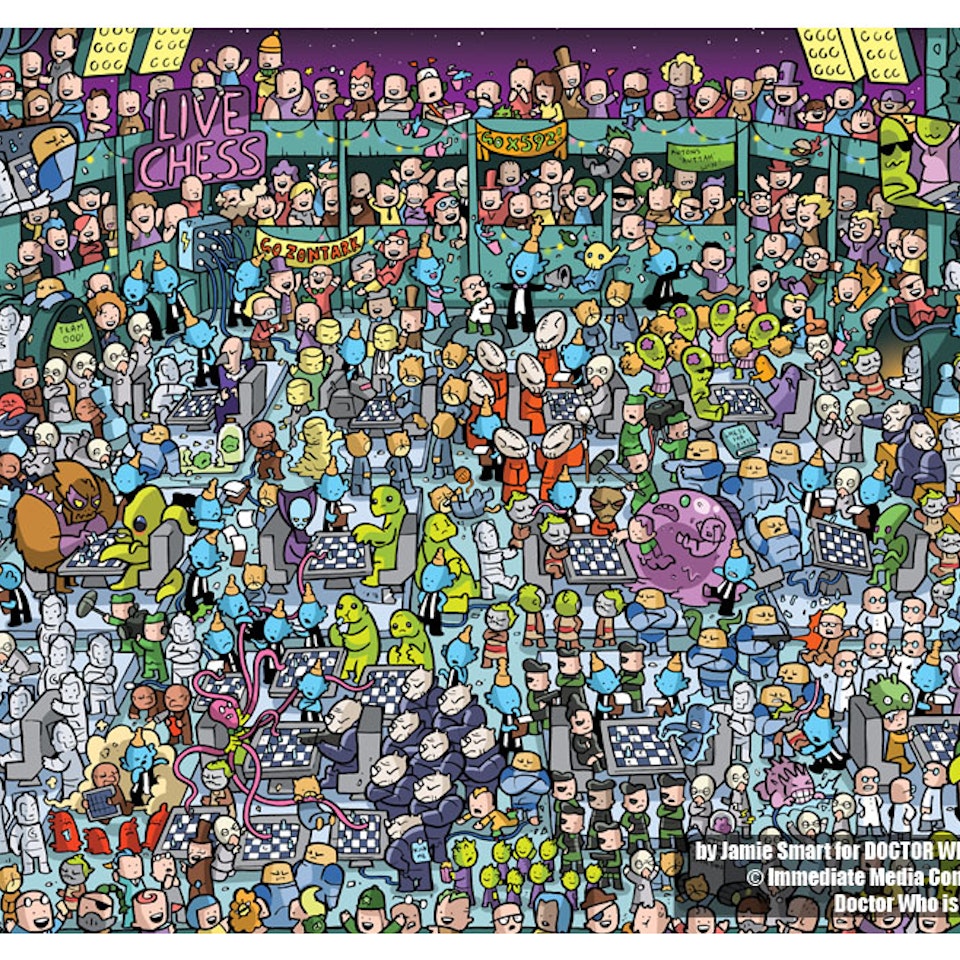 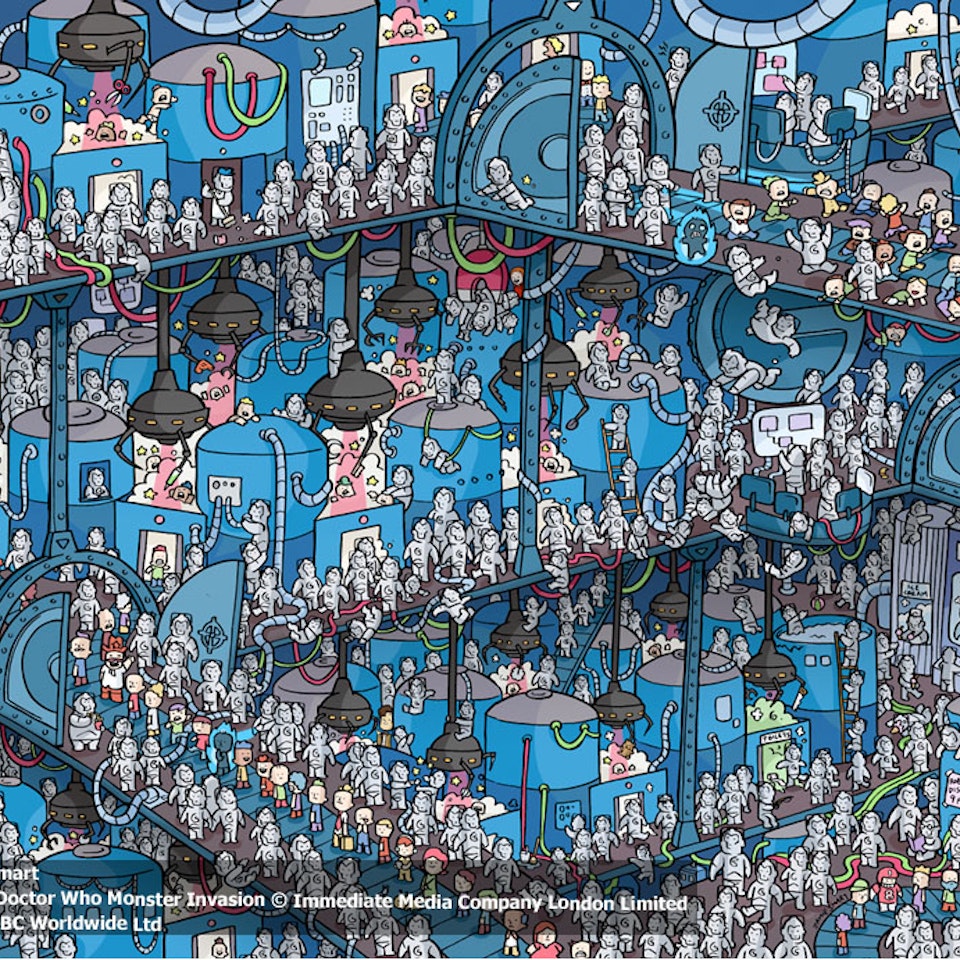 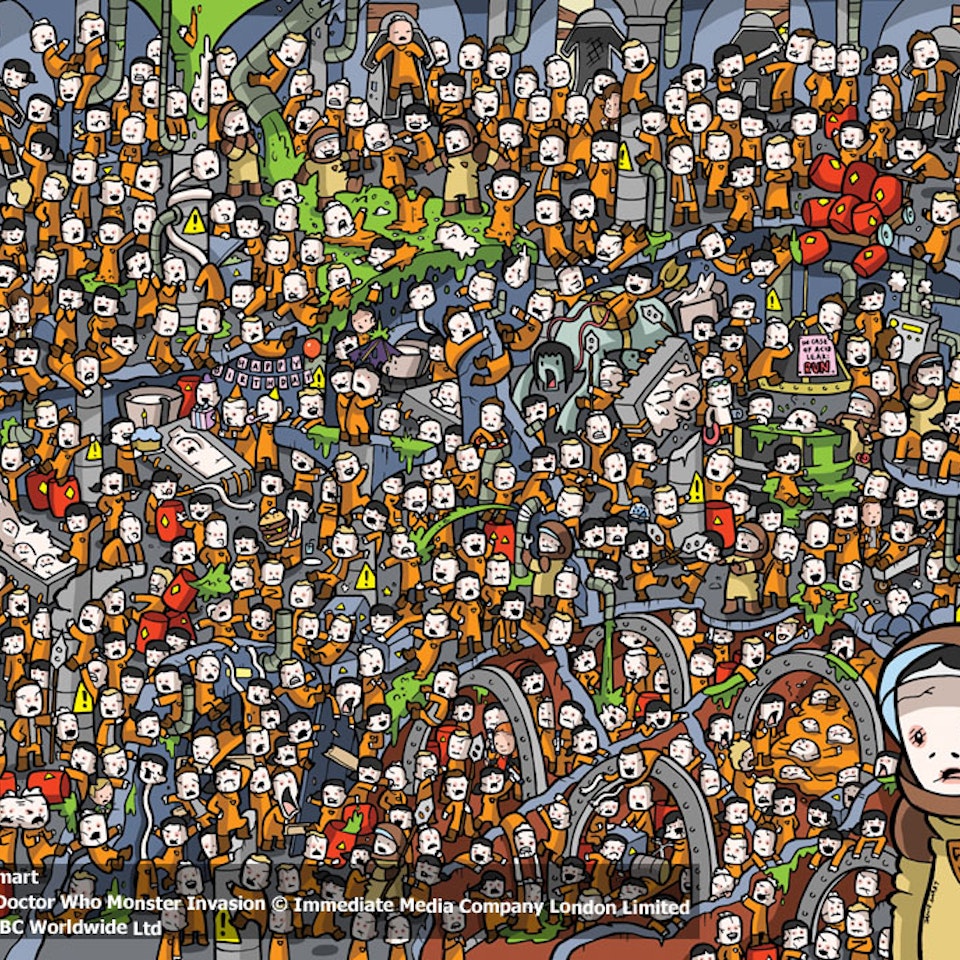 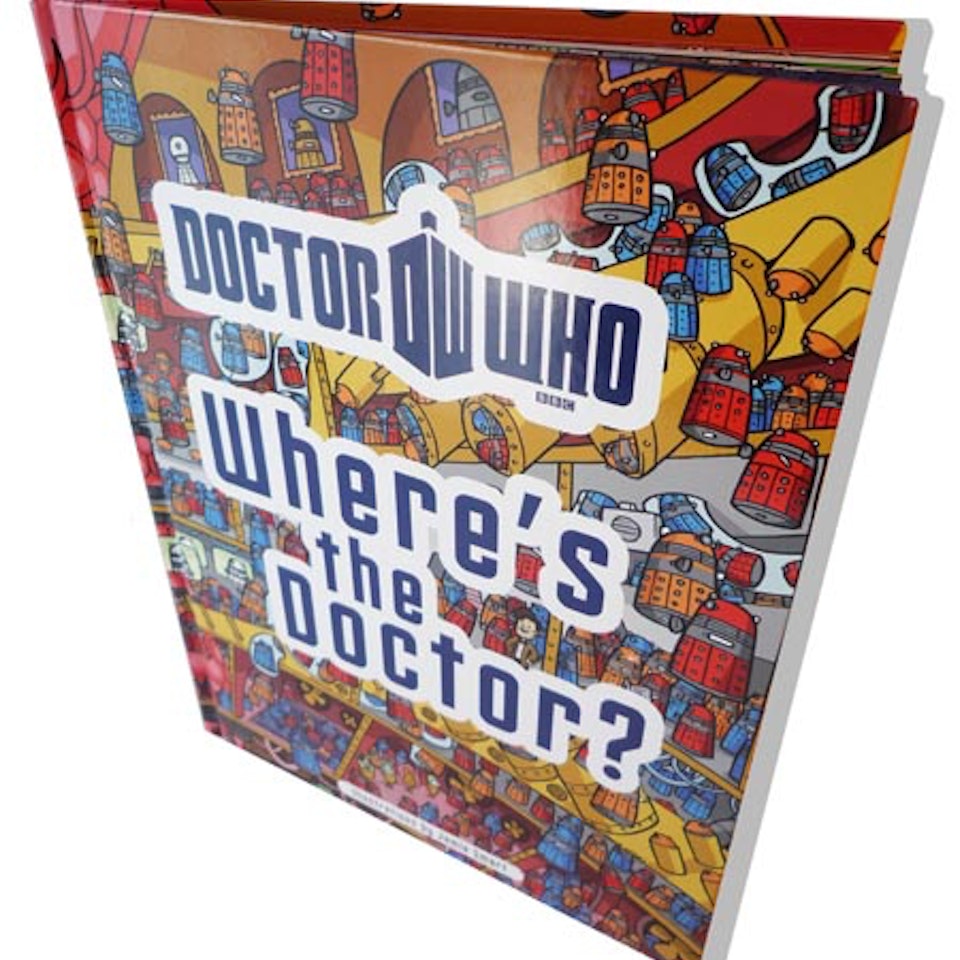 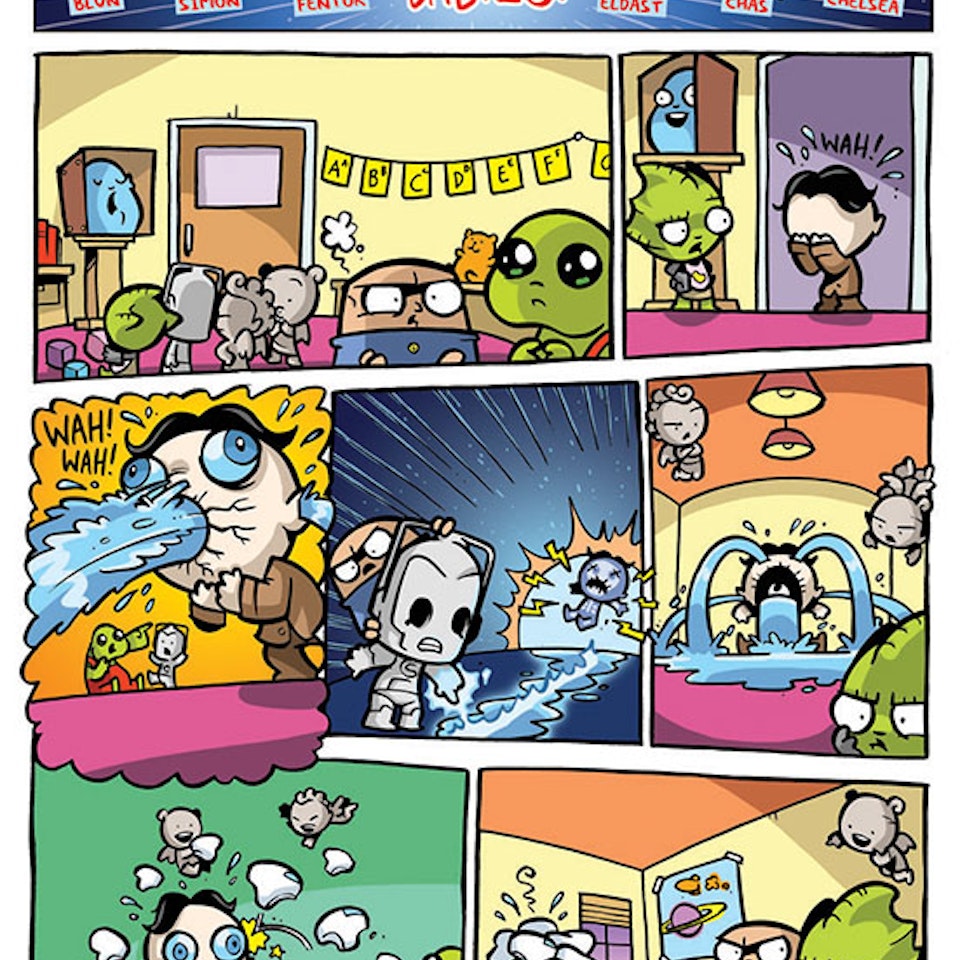 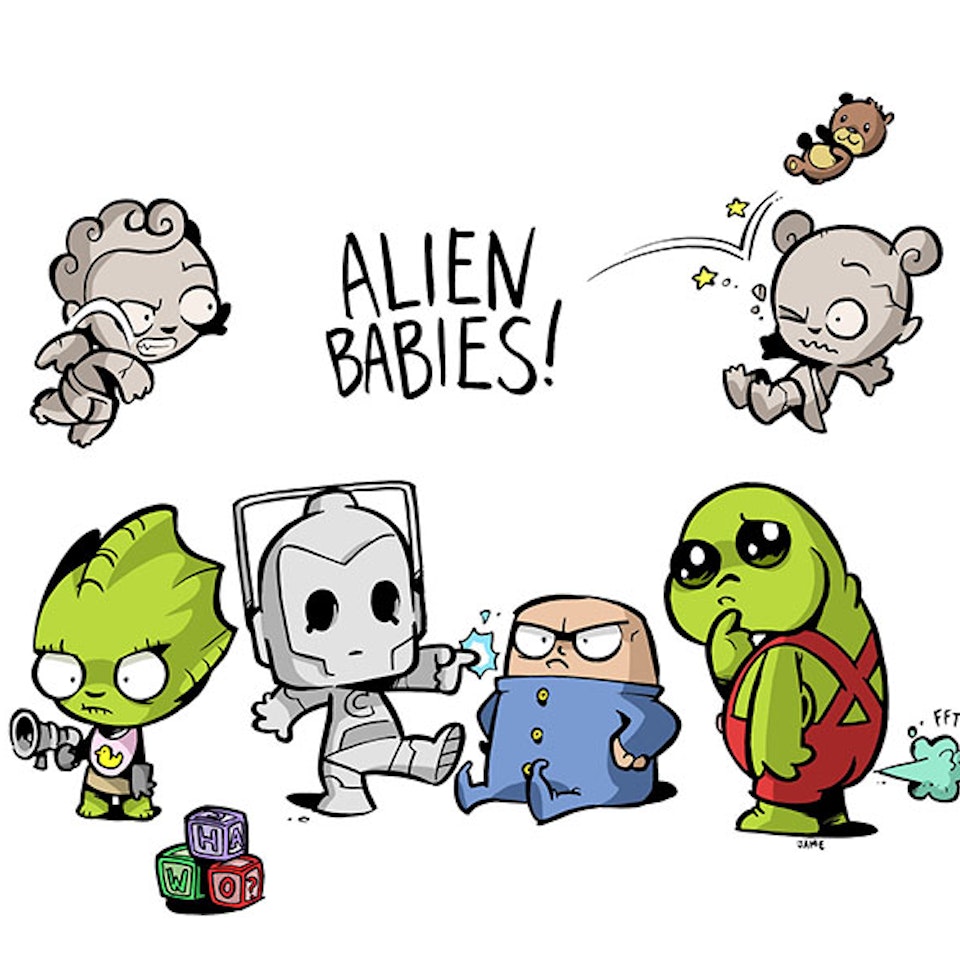 I was fortunate enough to work on DOCTOR WHO for some time, producing large picture searches for both Monster Invasion and Adventures magazines. Some of these spreads were also collected in their own book, called 'Where's The Doctor?', available from all good outlets.

Alongside this I drew a fortnightly comic strip called Alien Babies, featuring baby versions of the Doctor's most fearsome foes, for Doctor Who Adventures Magazine.

It was quite a buzz working with the Doctor Who characters, as you might expect.