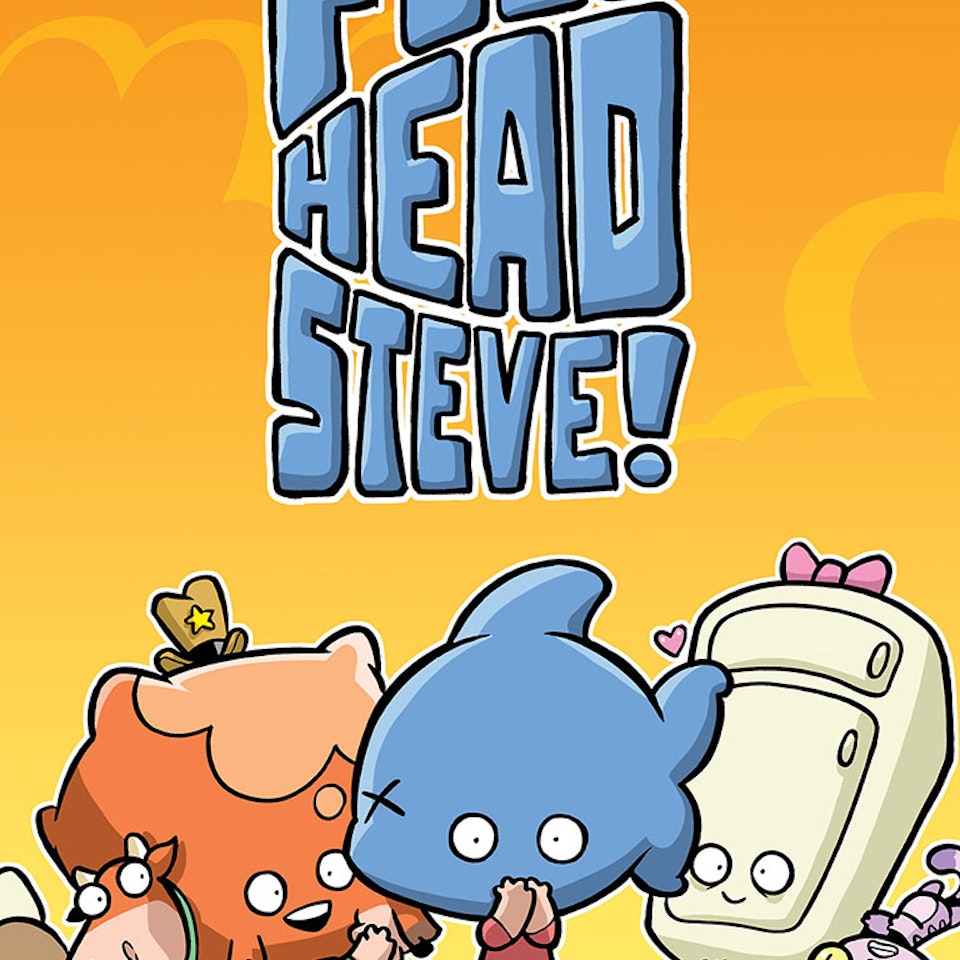 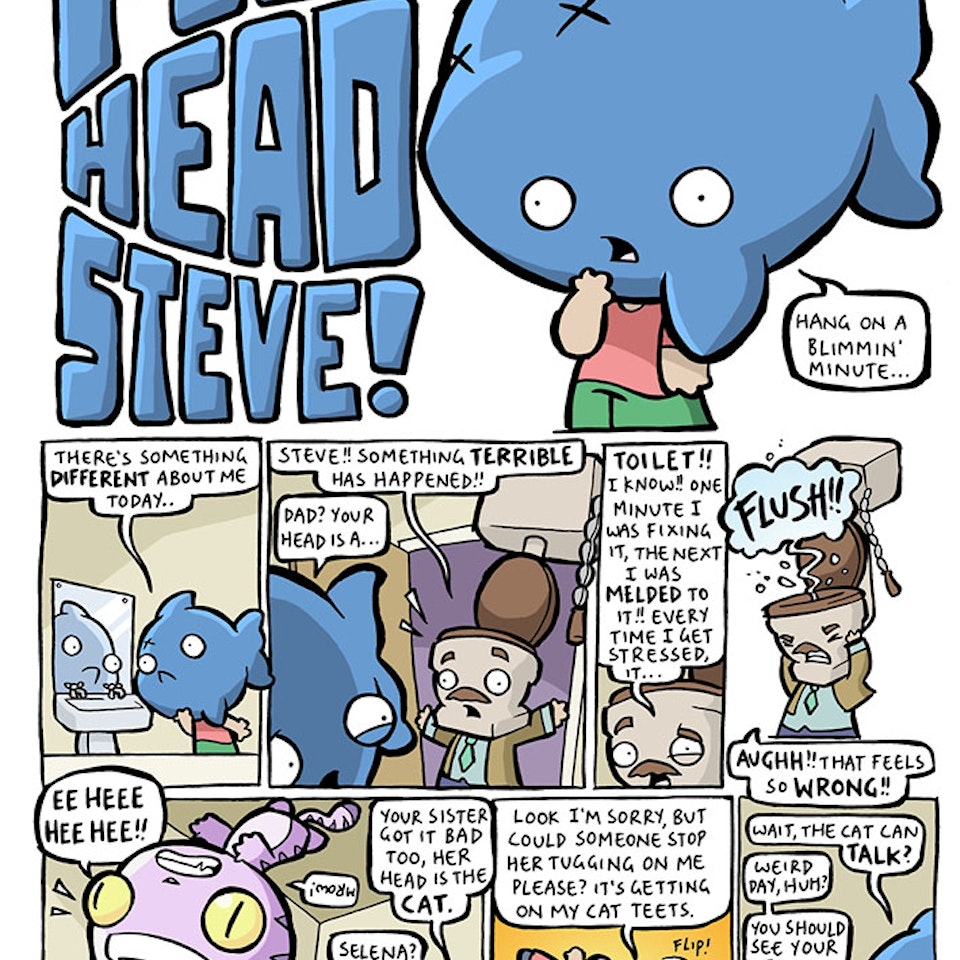 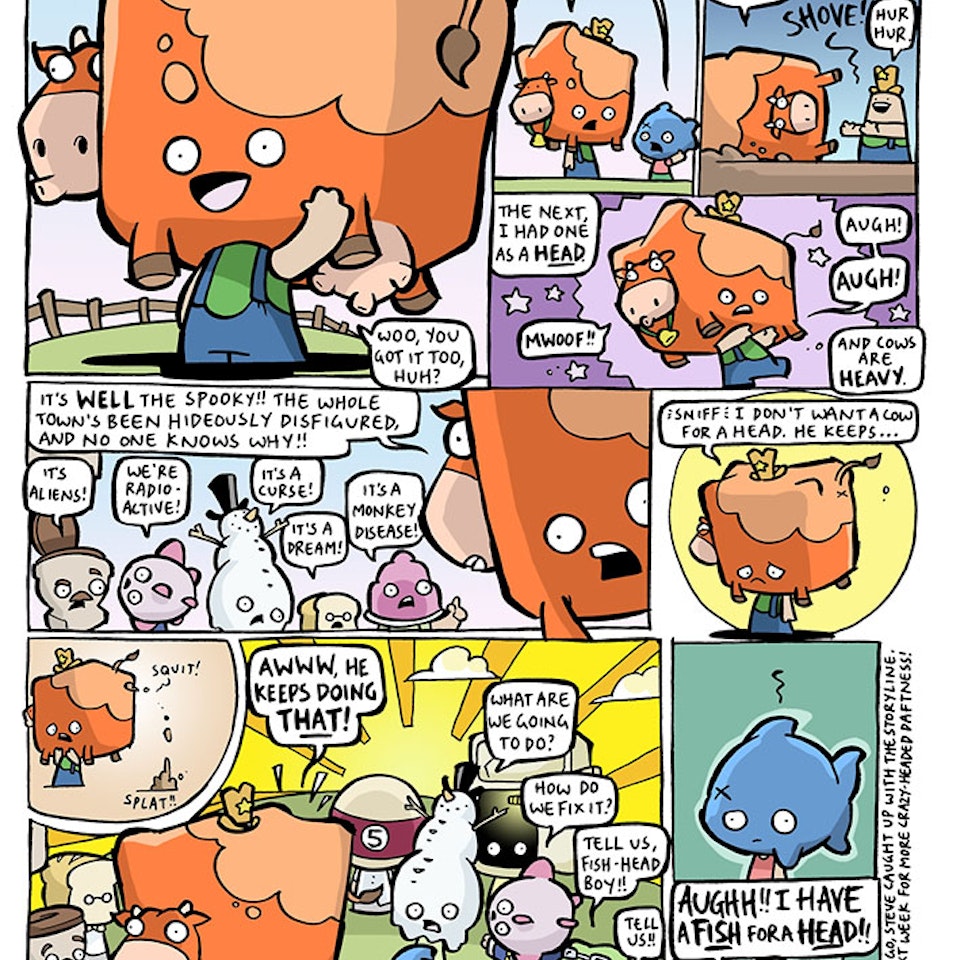 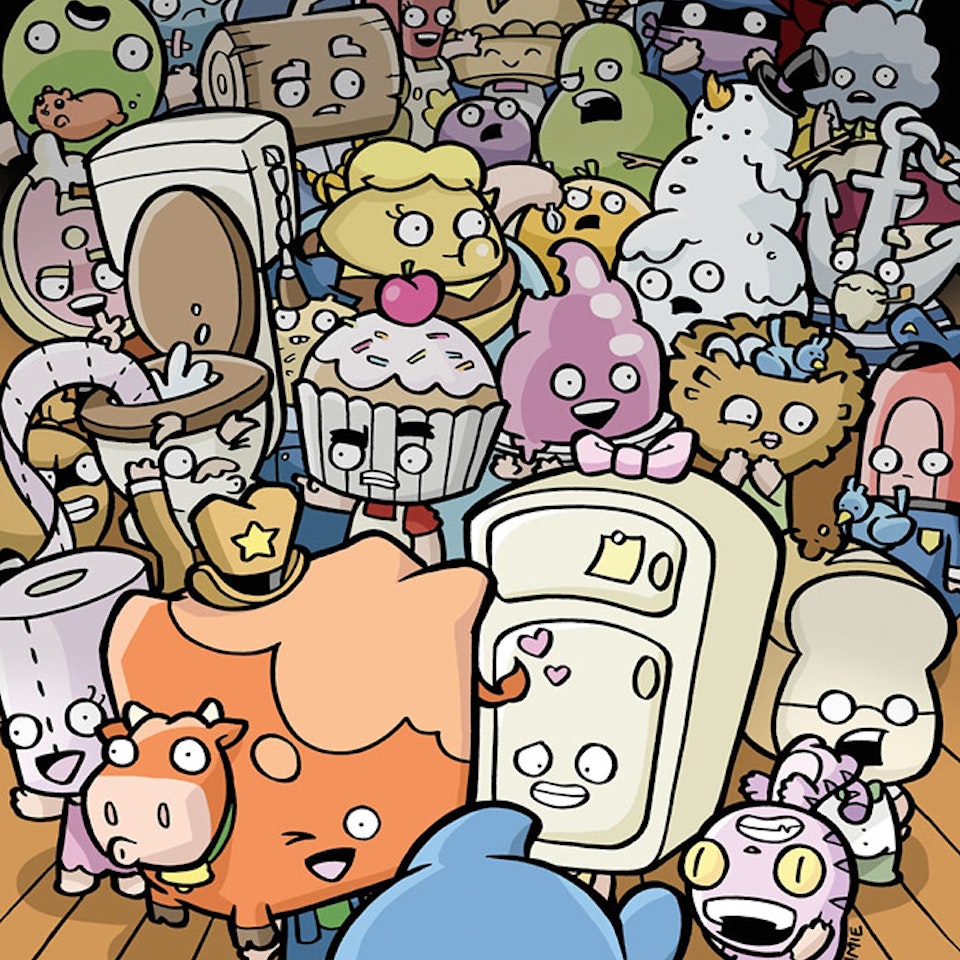 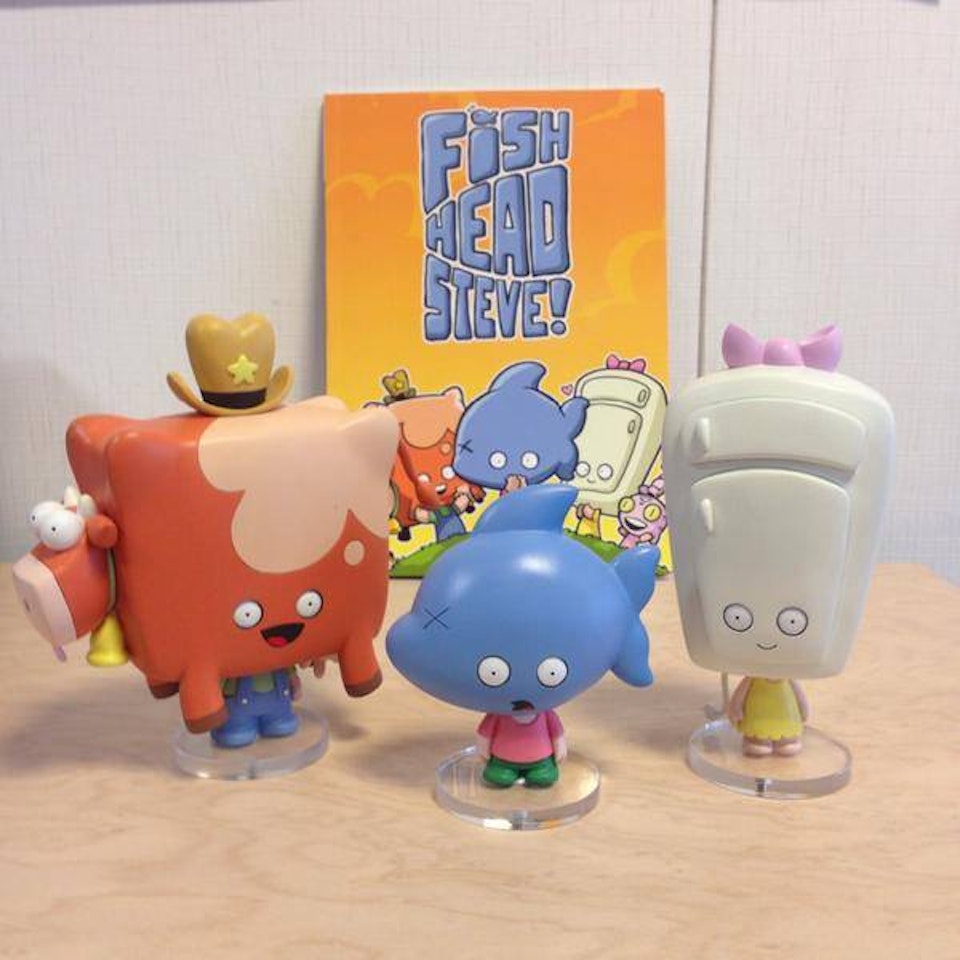 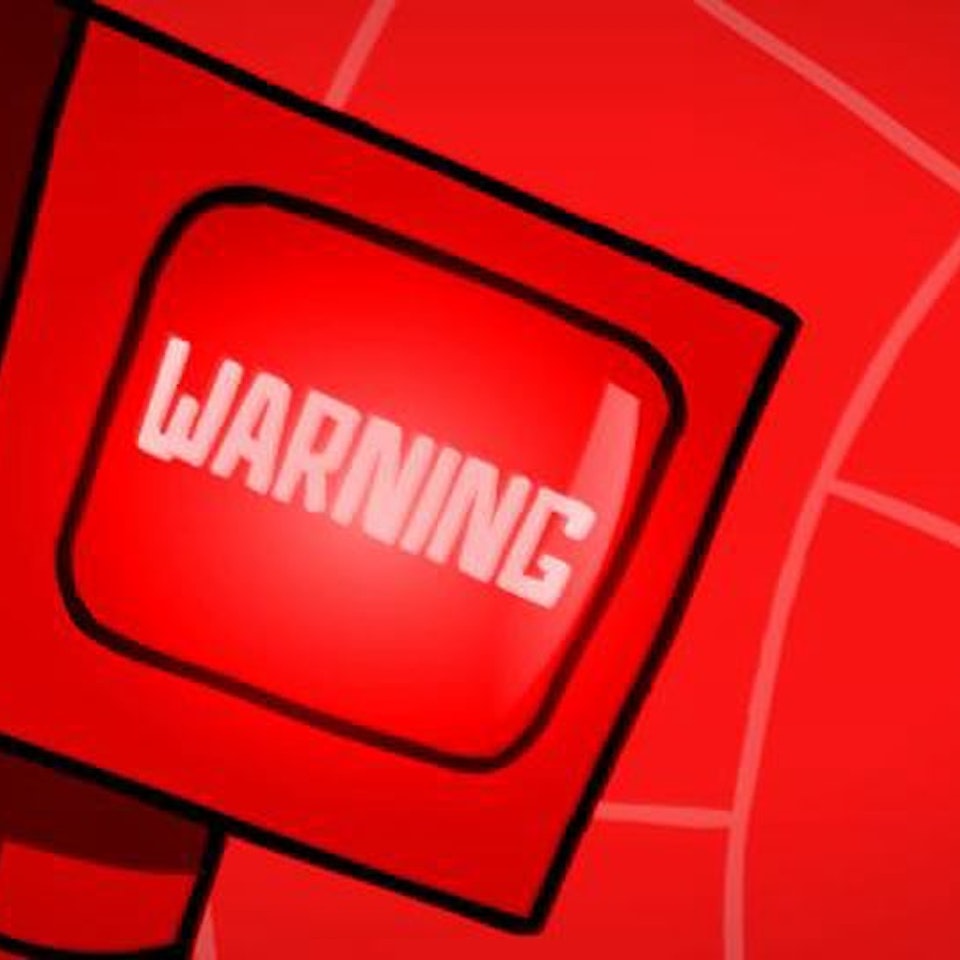 One morning, Steve wakes up with a giant dead fish for a head. And things only get weirder from there, as the entire town of Spumville wake up with different objects where their heads once were. Now it's down to Steve, Cowboy (with a cow for a head), and their small group of friends to try and work out whatever could have caused all this. Was it the aliens who crash-landed overnight? The mysterious government officials circling the town? The mad Professor Bwoozum? Or something else entirely?

FISH-HEAD STEVE is a story about keeping your head while everyone around is losing theirs. It's about growing up and finding your place in the world, even with a dead fish for a head.

FISH-HEAD STEVE ran as a regular comic strip in The DFC. These comics were then collected into a book, published by Random House. This book is currently going through development for TV - an early pilot trailer for which you can see above (credit: Blue Zoo/Studio NX/Komixx)