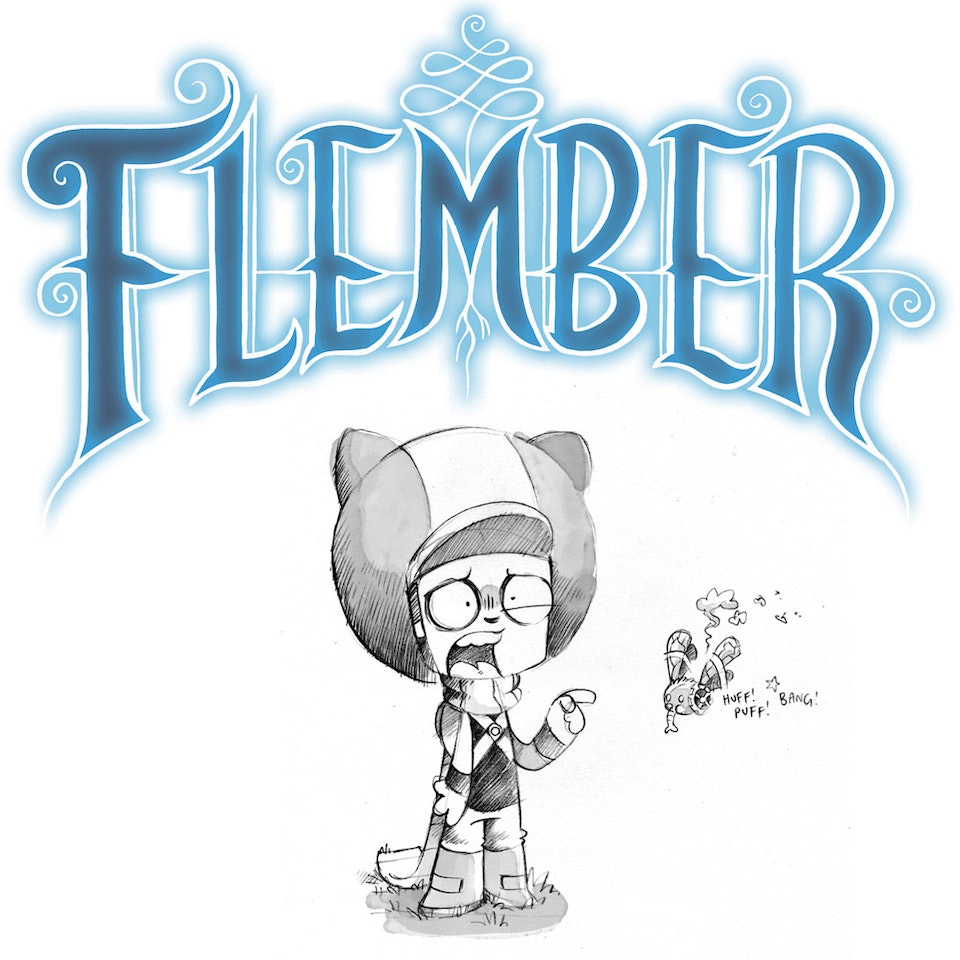 FLEMBER is the story of a boy called Dev, who loves to invent things even though they never quite work out like he planned. Along with his new friend, the giant red bear Boja, he's about to uncover a world he never imagined existed.

FLEMBER is my first series of illustrated novels, due to be published by DFB Publishing in 2017. It is a big, epic fantasy adventure about growing up, and it's a project I've been working on for many years, so I'm incredibly excited about it seeing print soon!

I can't show too much of it yet, but I have set up a work in progress blog here Flemberblog - as I go through the writing/editing process, and post up sketches along the way.