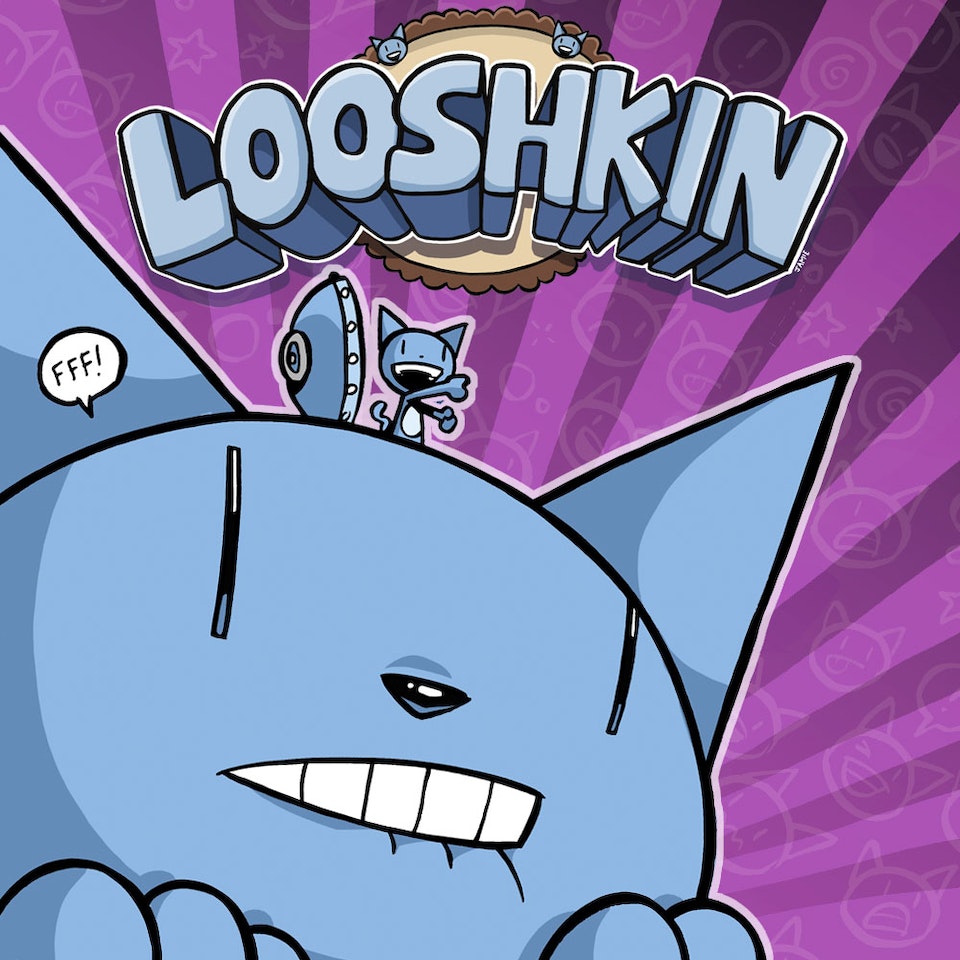 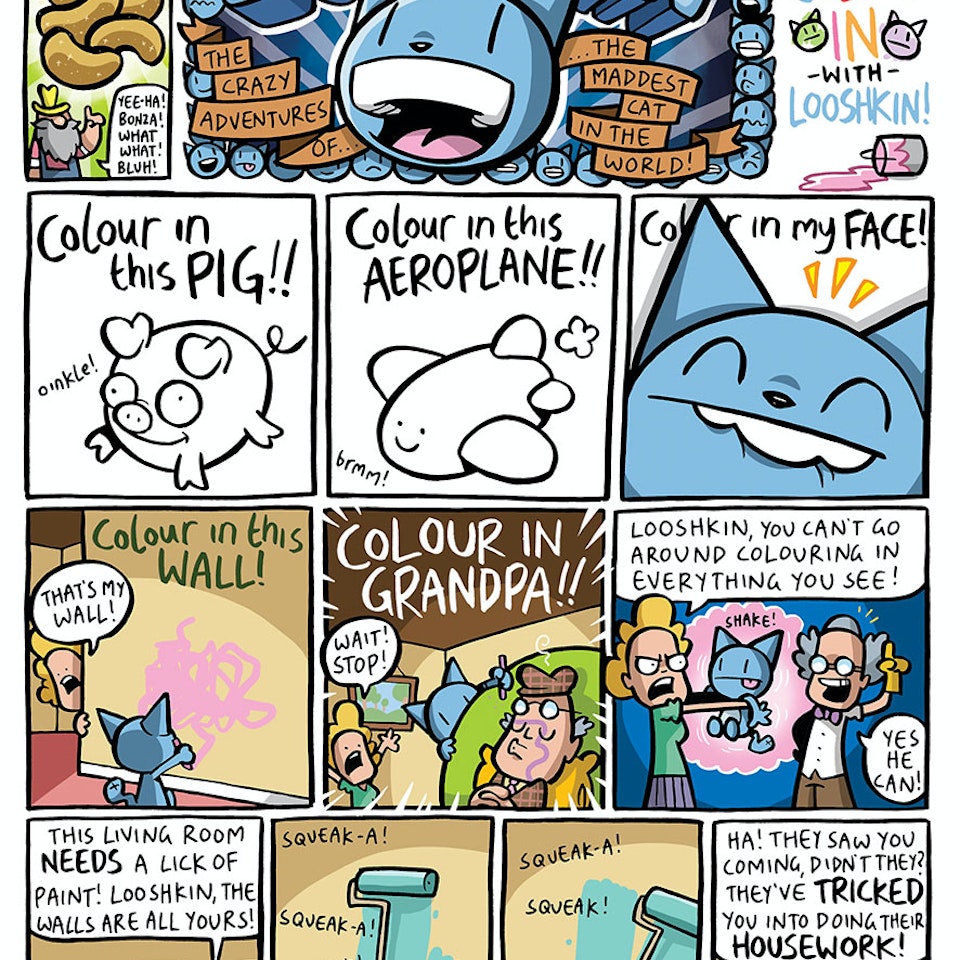 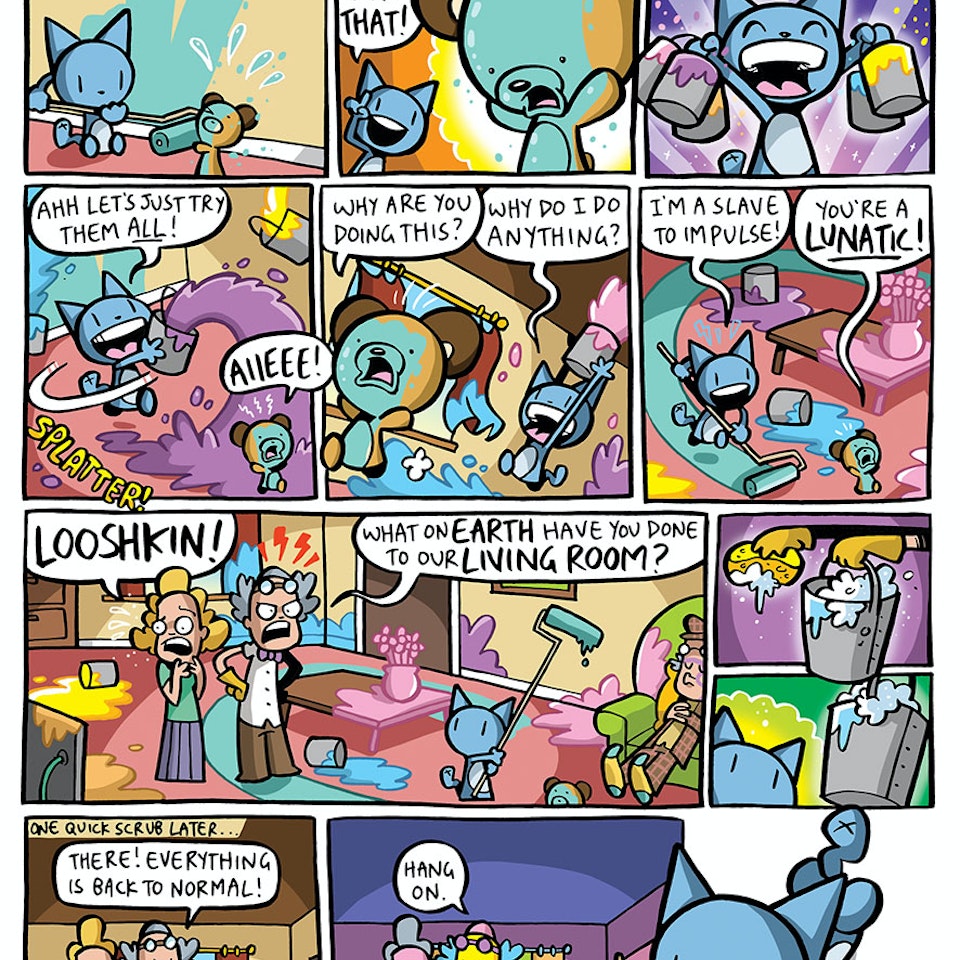 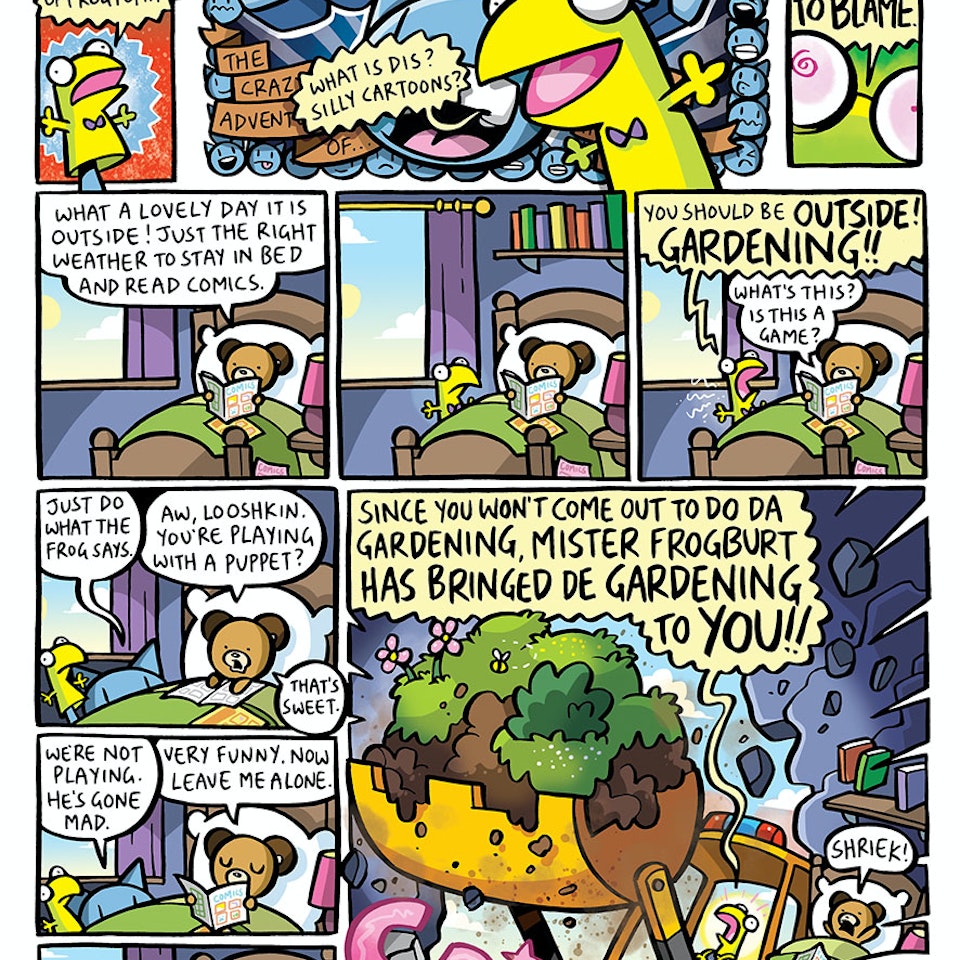 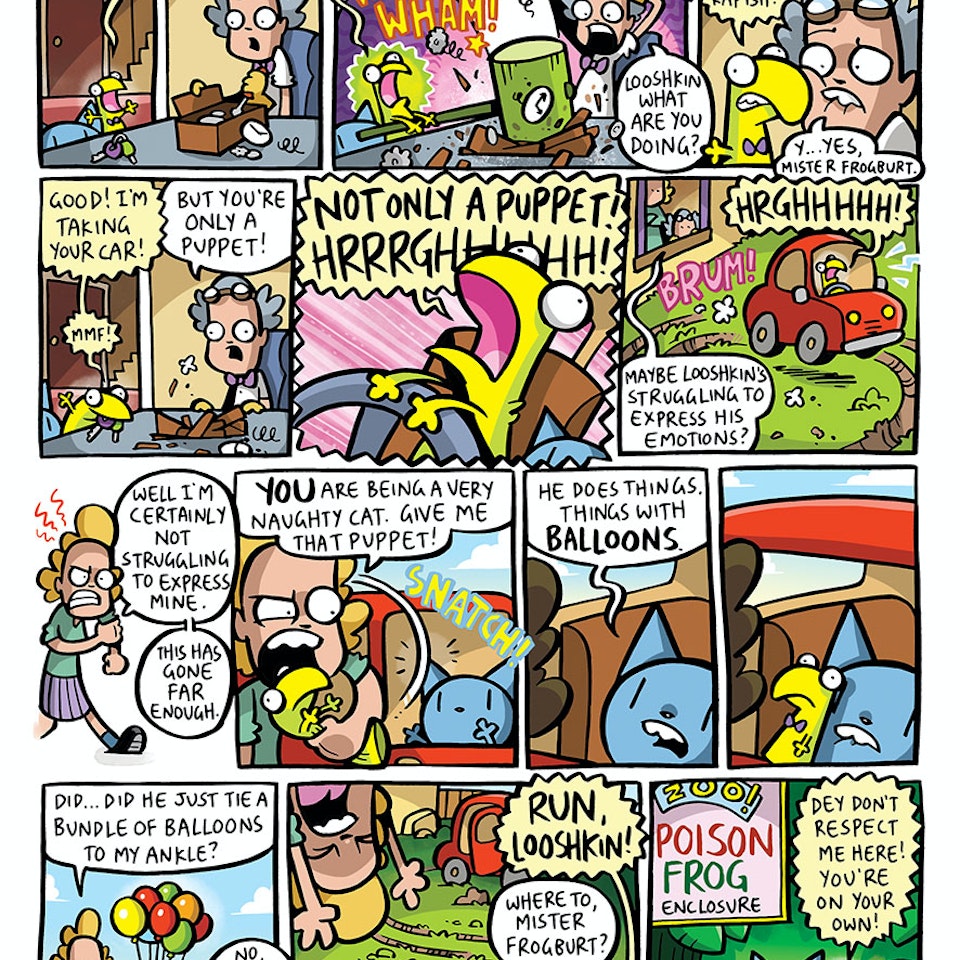 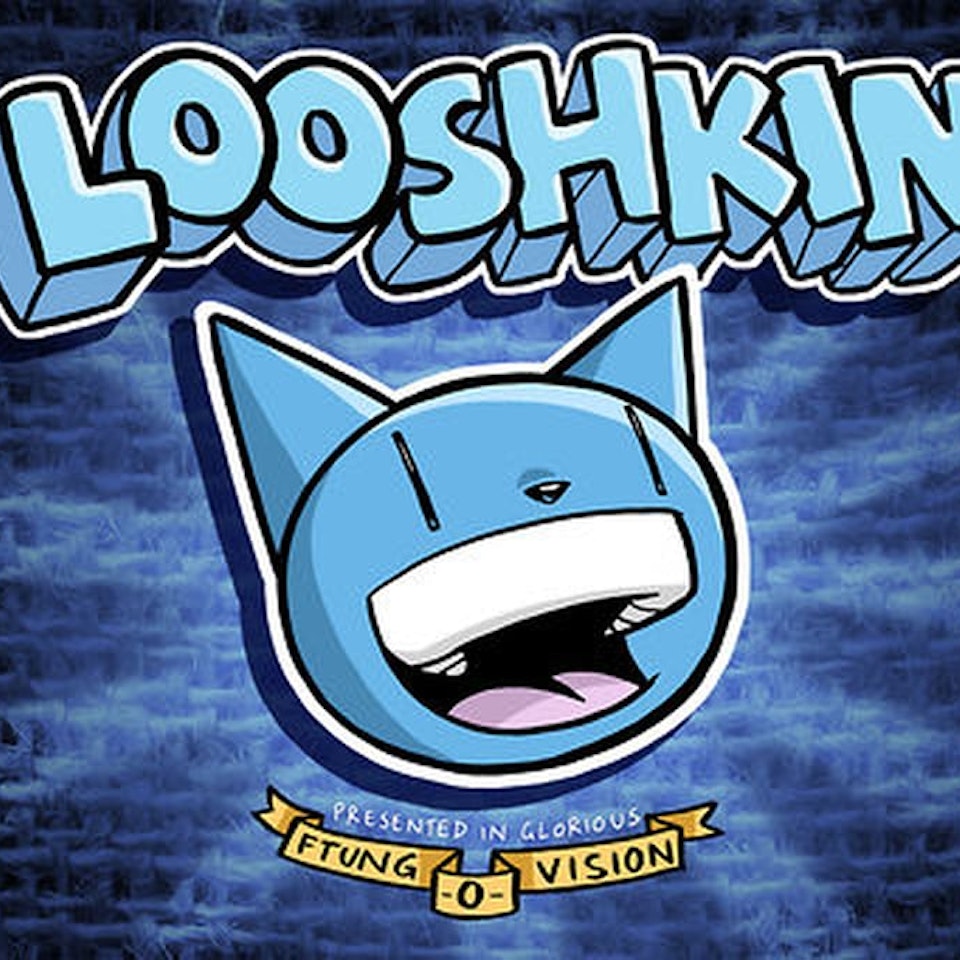 LOOSHKIN is a maelstrom of destructive bliss in the body of a blue cat. He tears around his owner's house, smashing, exploding and bursting everything in his way, all in the name of entertainment. See, Looshkin isn't cruel or mean, he's just finding endless new ways to amuse himself, and he'll drag everyone down into the surreal abyss with him.

LOOSHKIN began life as a character in my BEAR comic book series, adorning T-shirts and soft toys. In 2015 he made the leap into children's comics, appearing regularly in The Phoenix and delighting a whole new generation with his madness.

I also teamed up with the brilliantJane Davies to create a Looshkin animated short, which you can see above.

Looshkin in my favourite. There is much yet to do with him.