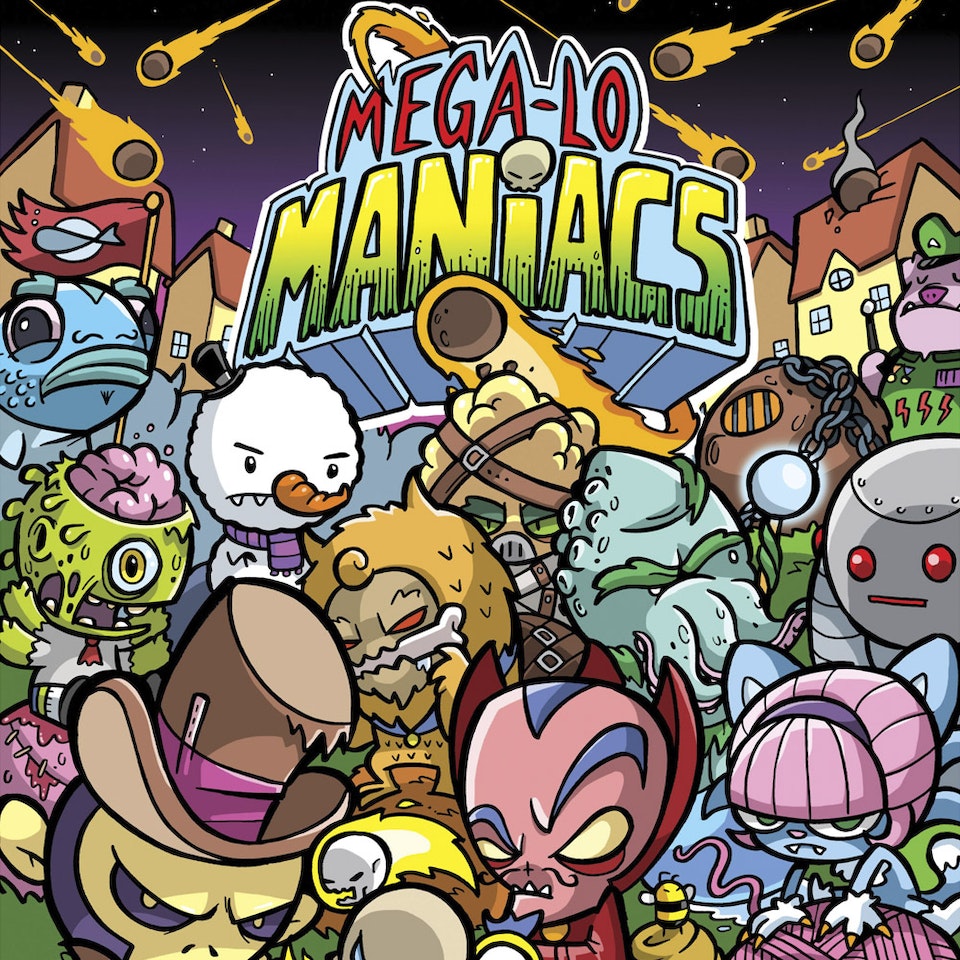 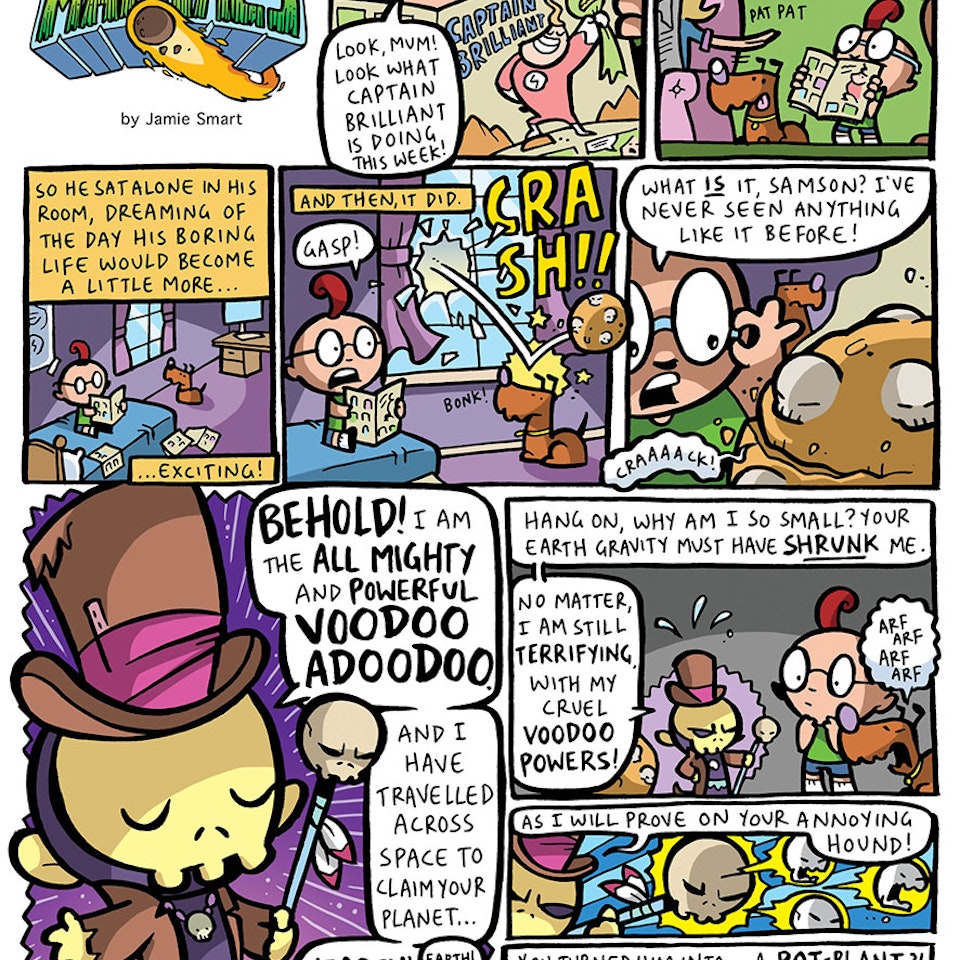 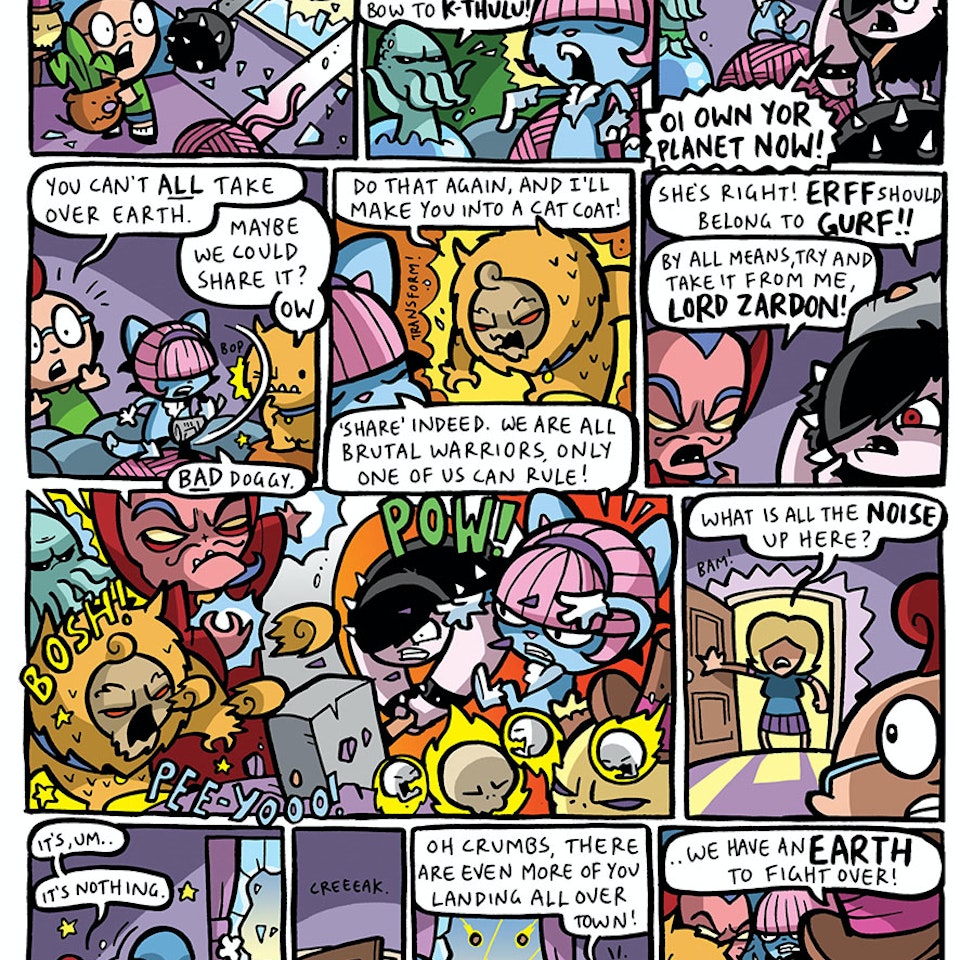 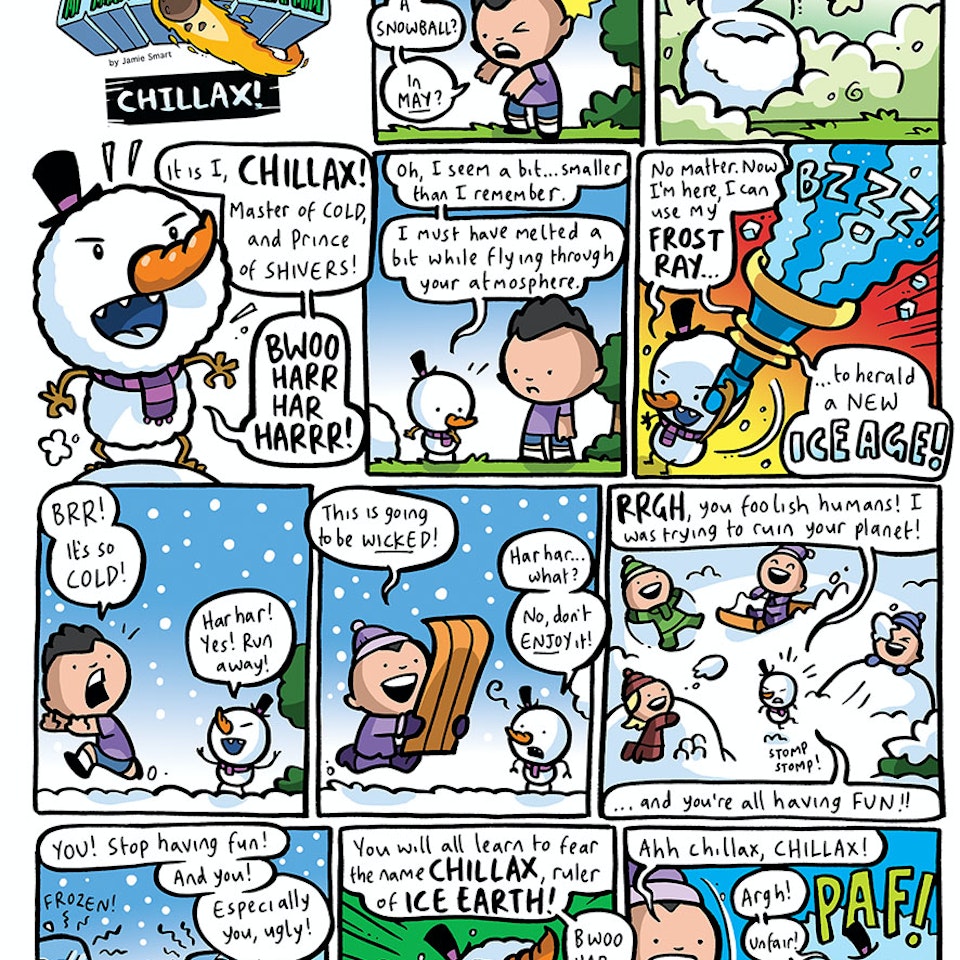 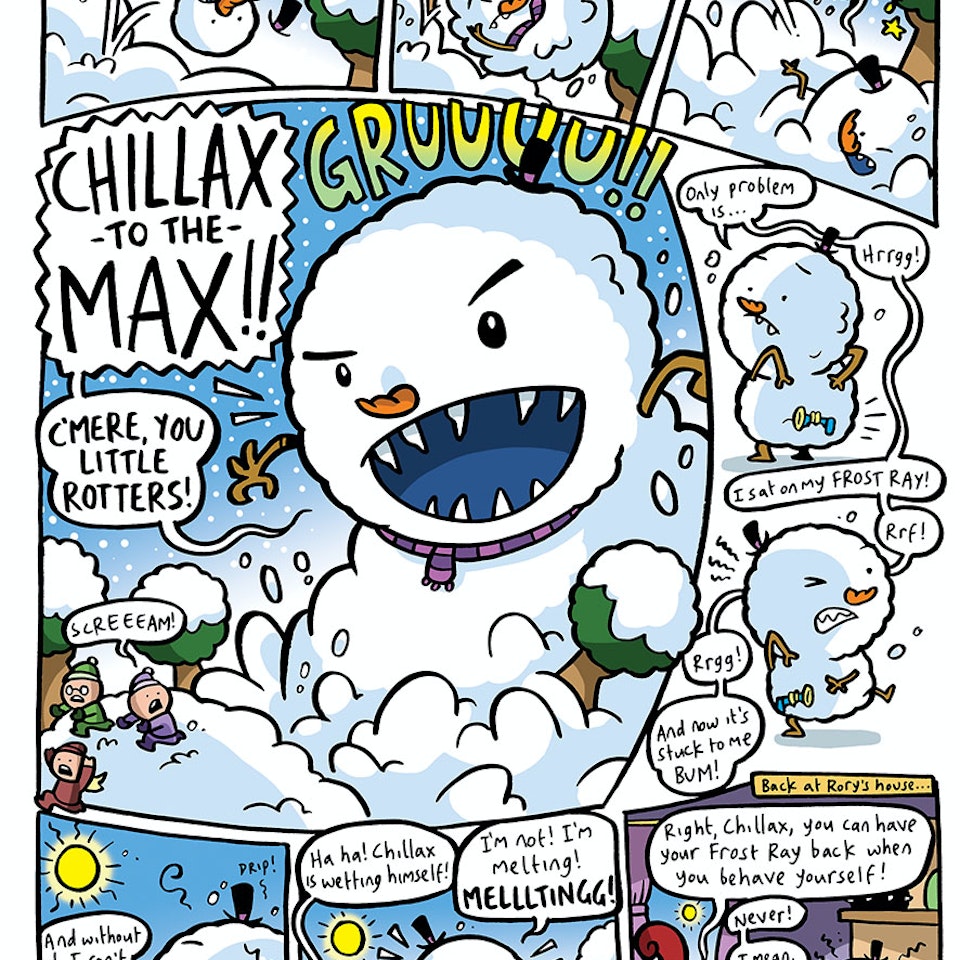 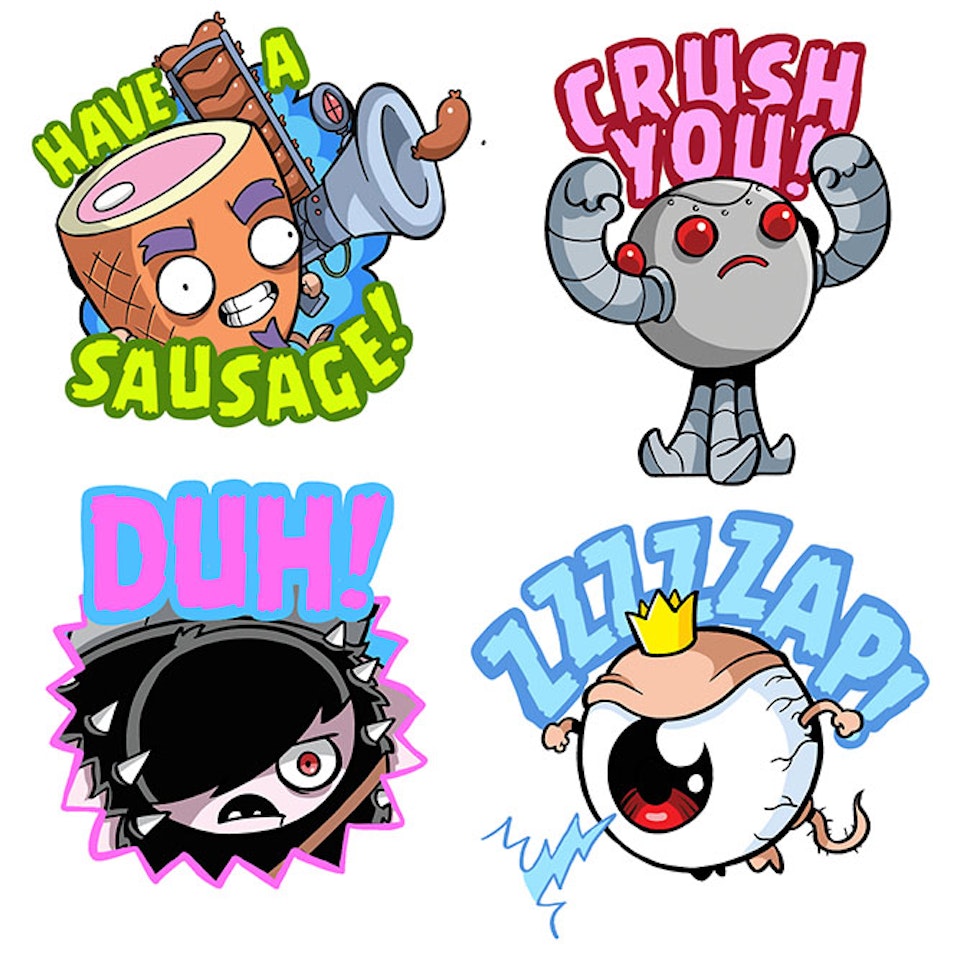 Rory Sprockets is a bit of a nerdy kid, who spends his evenings firing radio signals out into space. Unfortunately, they're being heard, and a whole horde of ruthless, brutal aliens speed towards Earth with one thing in mind - taking it over! Luckily for us, as they ride their meteorites through our atmosphere, they shrink down until they're tiny and cute.

It doesn't dampen their world conquering plans, but it does make them a little easier for Rory to capture!

MEGALOMANIACS ran every week in The Dandy comic, even taking the front cover on a few occasions. Since then it has found a new legion of fans on the social media app PopJam.

Their invasion of our planet, however, is only just beginning.