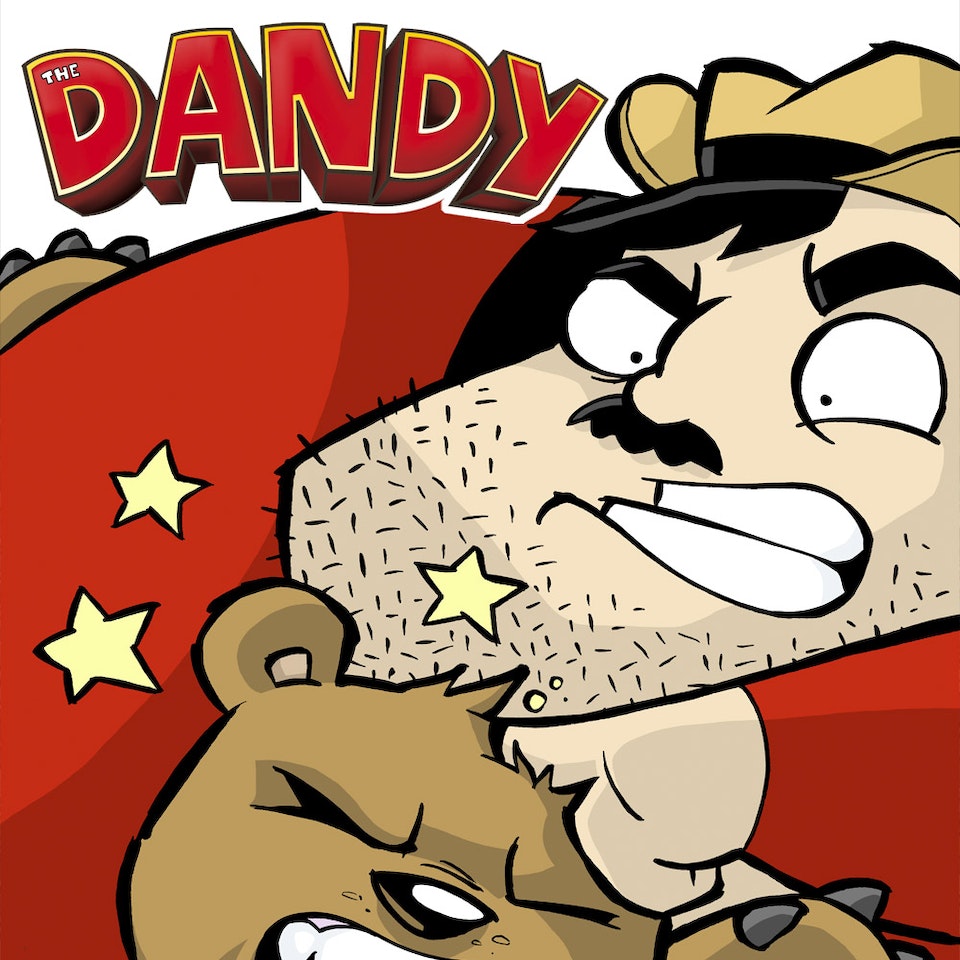 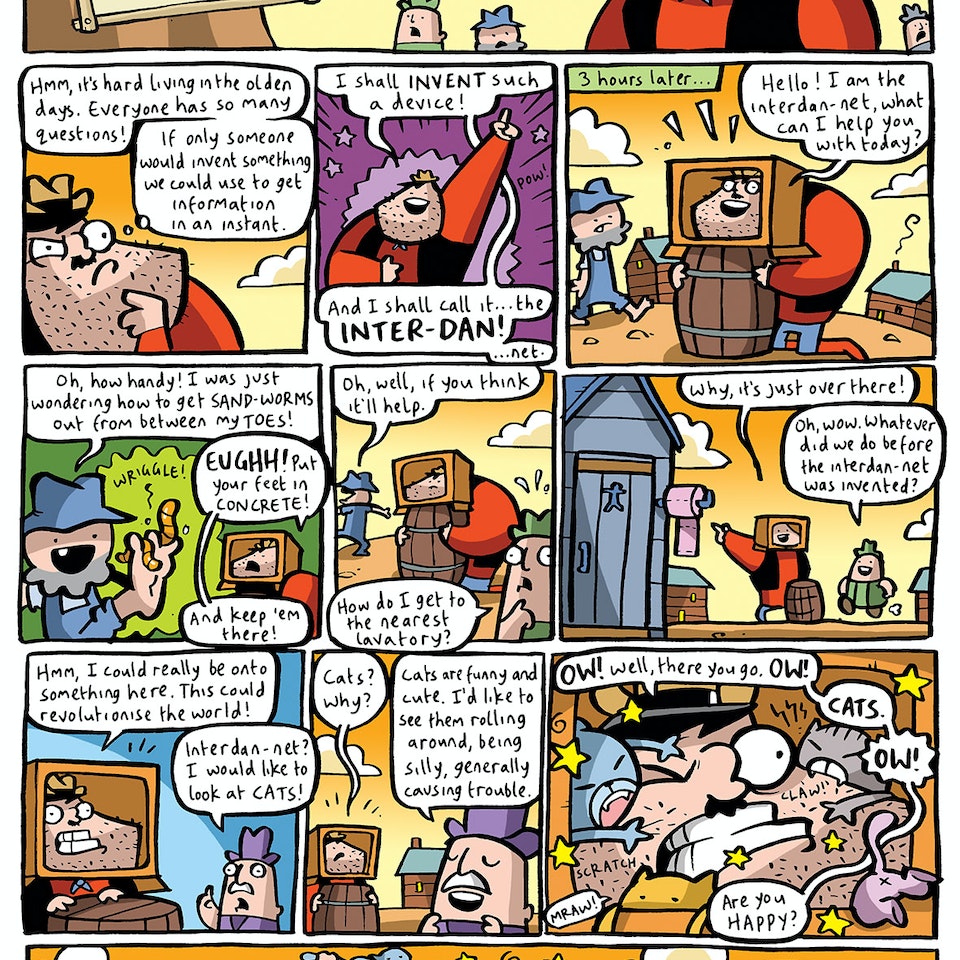 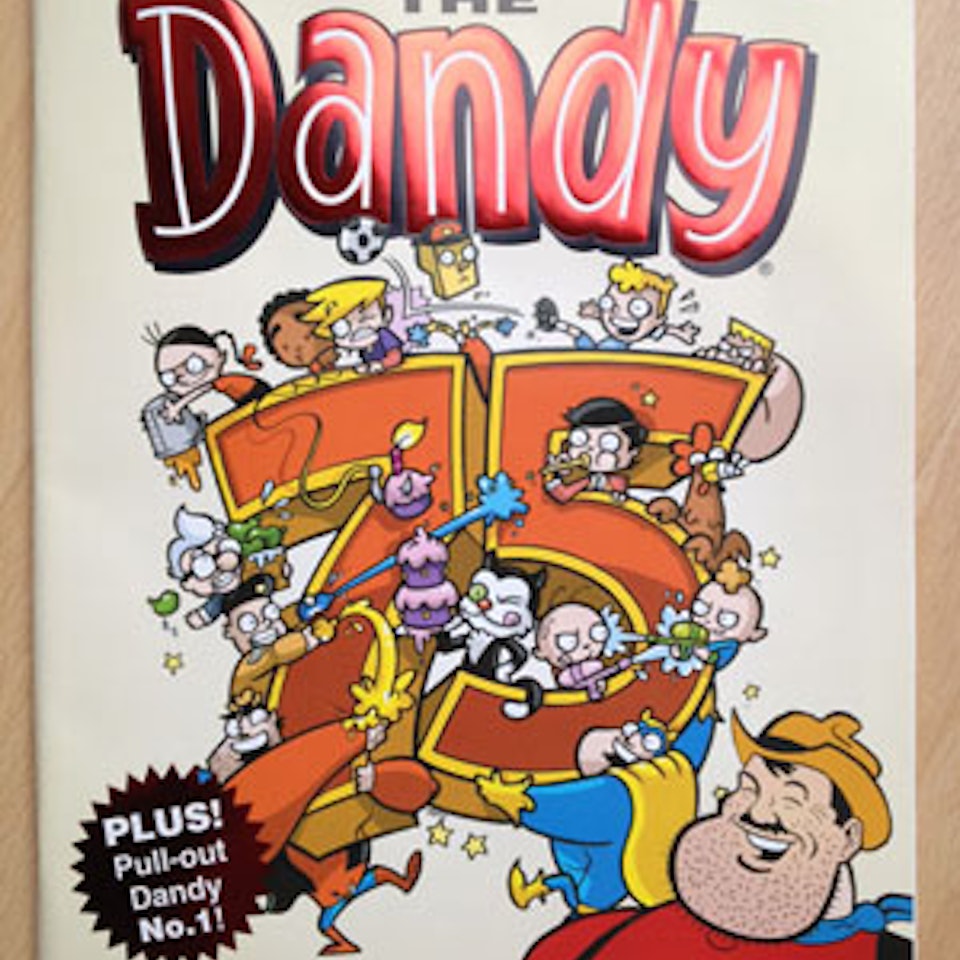 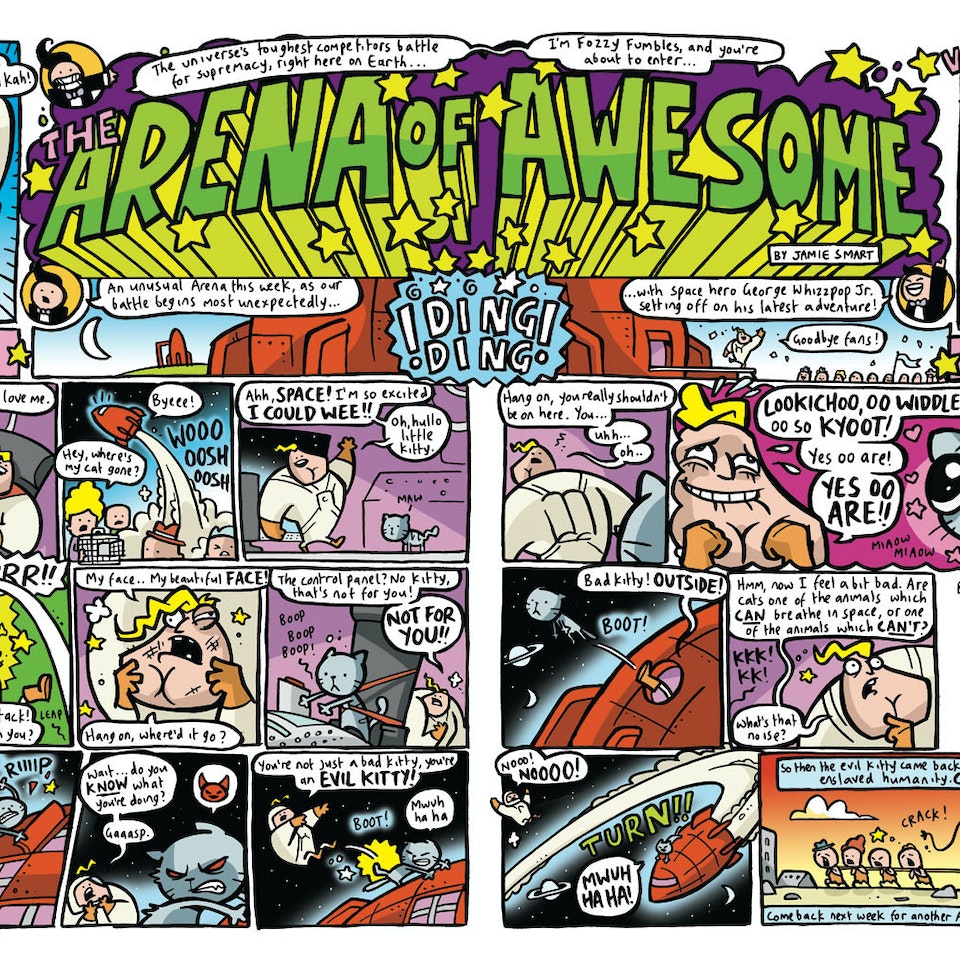 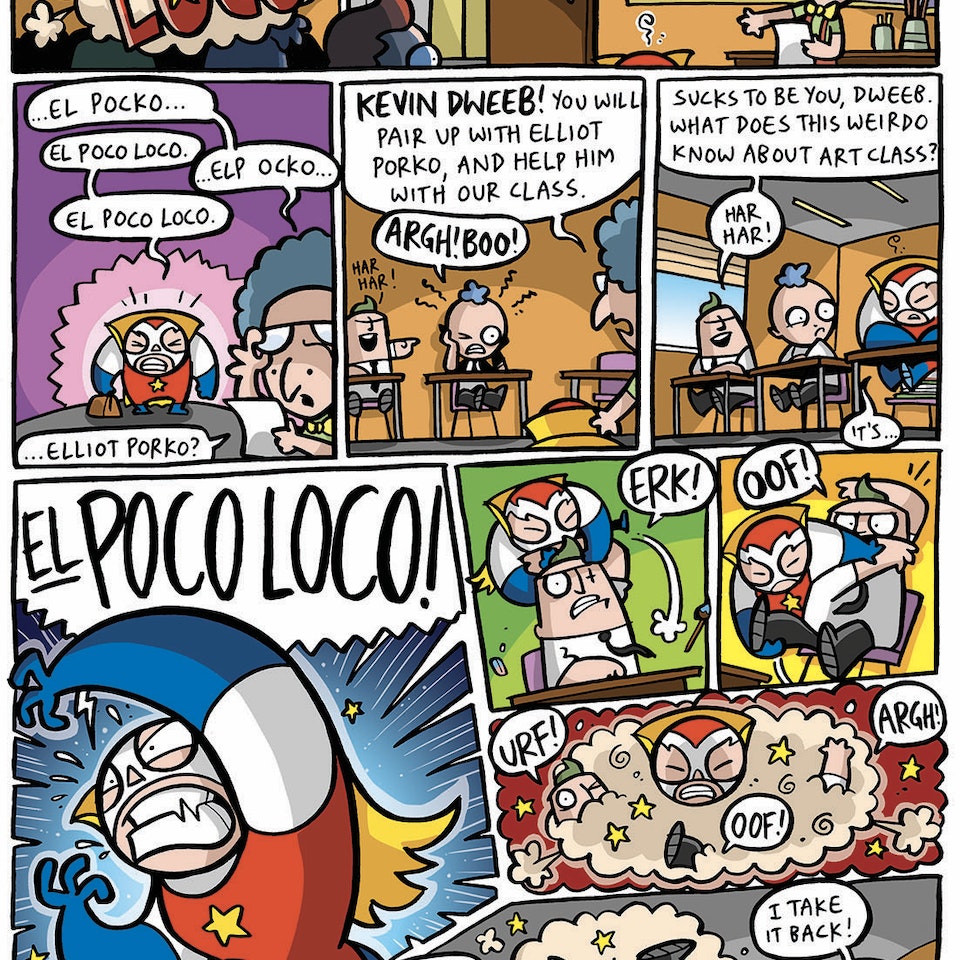 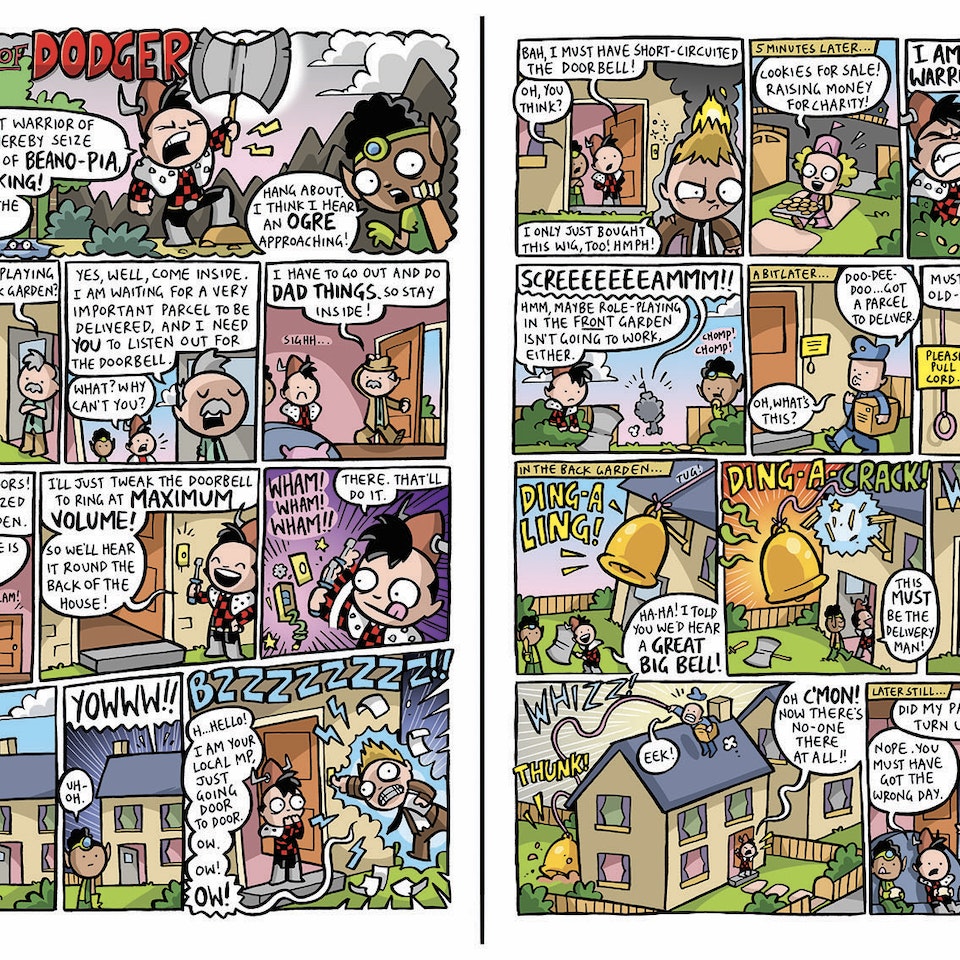 I worked for UK children's comic THE DANDY for nearly a decade, working on both their stable of characters as well as creating my own.

I wrote and drew the iconic Dandy character DESPERATE DAN for about five years, alongside creating strips like My Own Genie, Arena Of Awesome, and My Dad's A Doofus. I was honoured to draw the front cover of the final ever Dandy issue, when it closed in its 75th year of print.

Since then I have also drawn a few different characters for its sister title THE BEANO, including writing and drawing Roger The Dodger.

All artwork is copyright DCThomson!